5G technology has become the standard for telecommunications and wireless communication. This means the infrastructure used to support communication will change too.

Traditional large cell towers have a lot of limitations in how they work with 5G as they are not designed to allow the technology to work at its maximum capacity. Instead, the technology is delivered through small cell wireless facilities (i.e. small cell nodes) that include antenna and supporting hardware.

At this point, it is important to understand two terms when talking wireless services; coverage and capacity. While the terms are related, the causes – and solutions to each can vary.

Coverage – the area a particular type of communication infrastructure covers, or how far the signal reaches.

Capacity – the ability to transmit incoming and outgoing data.

Example: If you’ve ever had full bars on your device, but can’t place a call, you have coverage but not capacity. This happens due to wireless density – the wireless signal that connect to a tower are only capable of carrying so much data at once.

Recent State and Federal Communication Commission (FCC) regulations have changed how municipalities are able to regulate the placement of small cell wireless facilities in the right of way (ROW).

The 85th Texas Legislature adopted a new state law obligating Texas municipalities to permit the use of the municipal ROW and poles (including traffic signal poles, non-decorative light poles, and sign poles) for placement of wireless network equipment and the installation of new poles for use by wireless network providers. The new state law restricts municipal authority to prohibit facilities in the ROW. Further, the new law places strict time limits on considering permits and fees charged for permits.

The new state law does allow some municipal discretion over design by requiring network facilities to conform to municipal design standards in designated design districts. The State law does allow the City some flexible regulation on certain locations network providers want to install new equipment.

The City of West University Place adopted a public right of way management ordinance (Chapter 70, Article VIII) in order to comply with the new state law. The ordinance modifies the ROW management codes to accommodate the new types of activities and facilities related to wireless networks. Service providers will need a specific permit to place a small cell facility in the City’s ROW.

In September of 2018, the FCC adopted the Declaratory Ruling and Third Report and Order, known as FCC 18-133. The Order outlines the extent to which local agencies may or may not regulate the installation of small wireless facilities within the public rights of way and the use of existing public infrastructure.

One year prior to the adoption of the FCC Order, in September of 2017, Chapter 284 of the Texas Local Government Code became effective. In general, Chapter 284 allows wireless network companies to place network nodes in the ROW, and provides rules, regulations, and fee structures to reimburse cities for use of the ROW. The Chapter states that cities would retain authority to manage the public ROW to ensure the health, safety, and welfare of the public, and would receive compensation for the installation of network nodes on poles. 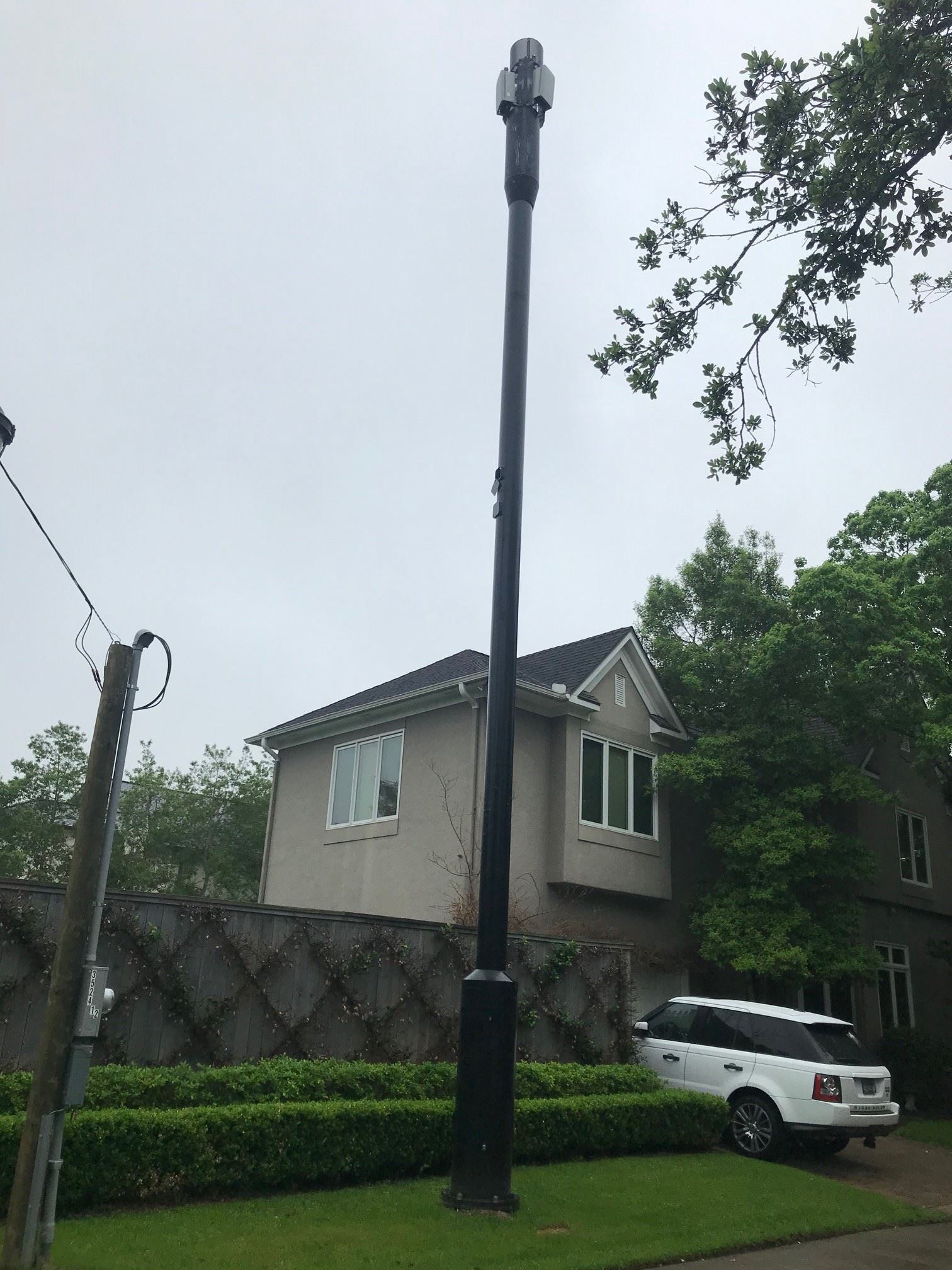 If you have additional questions related to 5G Infrastructure being installed please contact: