In 2020, City Council awarded a contract to Traffic Engineers Inc. (TEI) to complete a Speed and Safety Traffic Study for the City of West University Place.  The study focused on gathering data and analyzing traffic conditions to determine the feasibility of reducing the prima facie speed within the majority of City Streets from 30 mph to 25 mph.  After a series of public workshops, City Council approved moving forward with the traffic engineer’s recommendation of reducing the speed limit from 30 mph to 25 mph on most local streets within City limits (exemption of park zones, school zones, Buffalo Speedway, which will remain at 30 mph and the 4100-4200 blocks of Bissonnet which will remain at 35 mph).  The new proposed ordinance has been approved, however the changes and enforcement is anticipated to go into effect Fall 2021. Staff will be working on an education campaign informing the general public of the new speed limit.  More information will be provided over the coming months.

For more information regarding this study, please contact Public Works Director Gerardo Barrera at (713)662-5845 or gbarrera@westutx.gov. 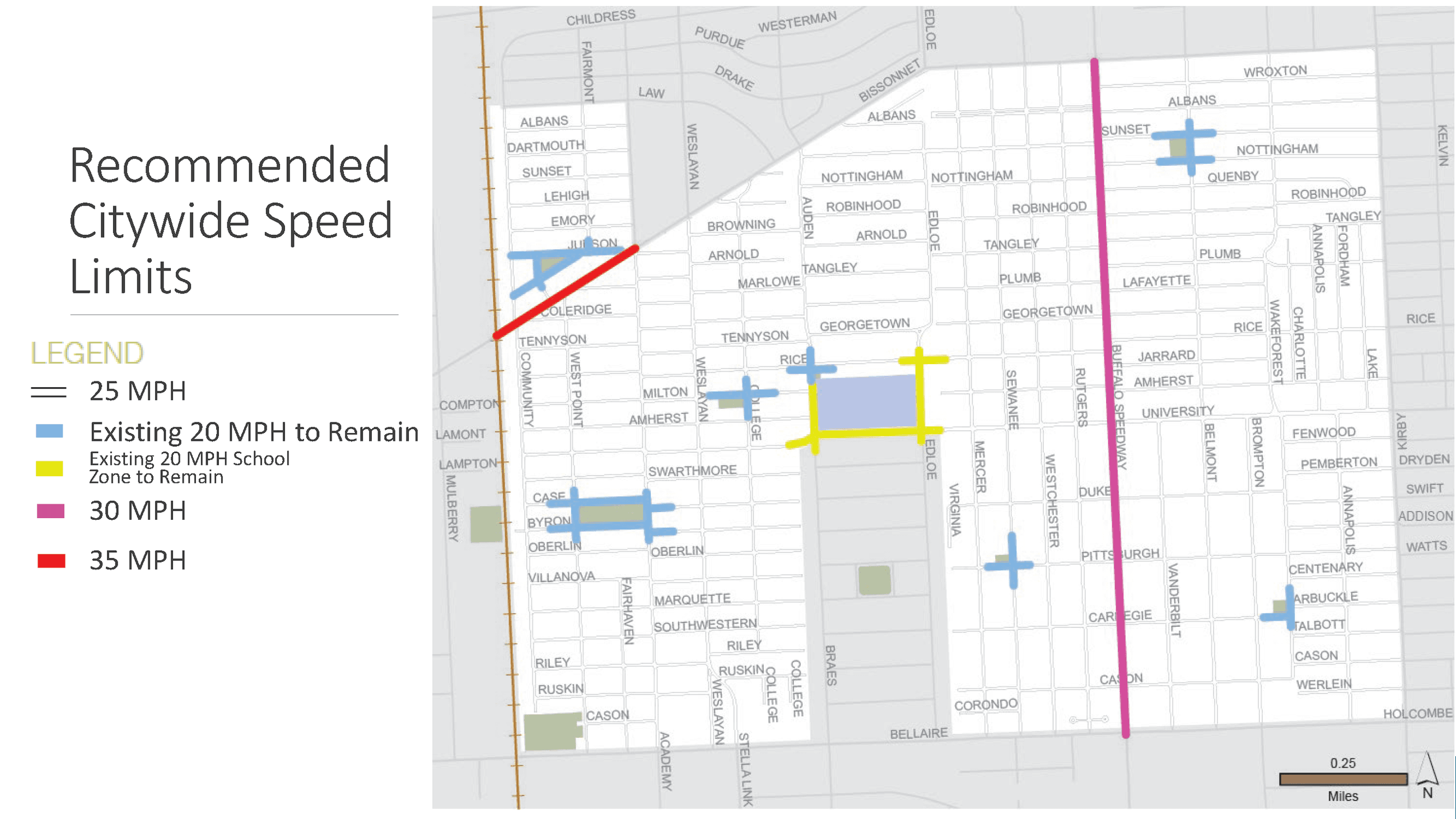